Who is: Ada Lovelace – Created the world’s first machine algorithm

Did you know that programming and machine algorithm that allows us today to search, track and stream began as early as 1842? Yes, in another form - Let us at Recab present Ada Lovelace who is considered the world's first programmer. 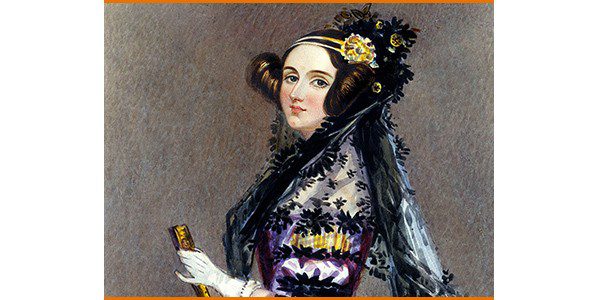 Ada Lovelace – Created the world’s first machine algorithm
Ada Lovelace, an English mathematician, also known as the world’s first programmer, discovered on a piece of paper in 1842 that a computer could follow a sequence of instructions – what we today know as programming. Ada wrote the world’s first machine algorithm and had interesting thoughts regarding what a computer could achieve in the future; maybe it could transform anything that could be translated into digital form; pictures, music, sounds, texts? But her notes didn’t get recognition until the 20th century when the computer age started.

Computer language ADA
Today Ada Lovelace is famous all over the world for her achievements within the field of computer science and in the 1970s the computer language ADA was named after her which is still in use today by many industries such as finance, healthcare, transportation, aviation and space industry. Her legacy lives on.

Ada programming – Defence
Ada is a programming language that was developed on behalf of the US Department of Defense in the late 1970s. The background was that they wanted to clear the flora of programming languages, used for all the systems that existed in the various branches of defense. The language was named in memory of Ada Lovelace

In 1975, a Higher Order Language Working Group (HOLWG) was appointed to either select an existing programming language.
-Or create a new one, which could be used by the majority of development projects commissioned by US defense units. The working group created a series of requirements documents with the names Strawman, Woodenman, Tinman, Ironman and finally Steelman where the requirements for such a language were specified at an ever higher level of detail.

In 1977, it was concluded that no existing language met the requirements and proposals for, and tenders for, the development of a new language were requested. Four proposals received were selected for further development. They were named the Red, Green, Blue and Yellow proposals and finally the Green Language was developed by a group at Cii-Honeywell Bull led by Jean Ichbiah. The finished language was named Ada in honor of Lady Augusta Ada Byron, Duchess of Lovelace, who is usually listed as the first programmer. The first reference document was approved on December 10, 1980, on the anniversary of her birth.